Plenary Talk: Society 5.0, A Collaboration between Human and Machine Intelligences 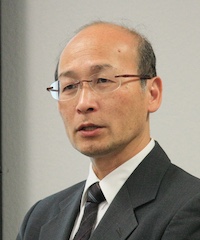 Abstract: Nowadays, microcomputers and their networking have been progressed and this is changing truly the present life. For example, human of this age can’t do anything without the smart phones, which are consist of the computers and the networks. Further, they, the machines, are embodied, that is, the computers have many sensors and actuators. Moreover, they have their own mobility as the drones, robot cleaners, automated driving cars, and so on. This embodiment leads machines to robots, which are comparable existence of human beings. Now, there are two intelligence, Human and Machine. In some areas, machine is superior than human and human is substituted by machine as the words of RPA (Robot Process Automation), DX (Digital Transformation). It is a big problem for human that the relation between two intelligence.

This talk is based on one of the possibilities, that is a collaboration of two. To do this, machine should know human and human should know machine. And it is inevitable to communicate each other. The university of Elector-Communications proposed in ten years ago an Integrated Communication Science, which includes communication between human and machine. Moreover, Japanese Government now progress the Society 5.0, which follows the Society 4.0 as the Information Society, Society 3.0 as the Industrial Society, and so on. This talk will present a concept of Society 5.0 and activities for the Society along the words of CPS (Cyber Physical System), IoT (Internet of Things), AI (Artifice Intelligence), and so on.

Bio: Professor Seiichi Shin received B. E., M. E., and D. E. respectively in 1978, 1980, and 1987 from University of Tokyo. Since 2006, He is a professor of the University of Electro-Communications. He is now a dean of Faculty of Informatic and Engineering. He is also a president of Control System Security Center since 2012. He also received Outstanding Paper Awards from SICE in 1991, 1992, 1993 and 1998 including the Takeda Prize. Moreover, received ed as Contribution Award on IT from Minister of Economic, Trade, and Industry in 2017. He is interested in control theory and its application. He is a past president and a fellow of SICE and a Councilor of MSTC. 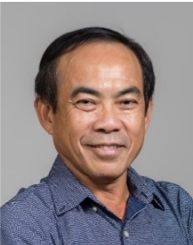 Abstract: AI as a concept has been around since the 1950’s. With the recent advancements in machine learning algorithms, and the availability of big data and large computing resources, the scene is set for AI to be used in many more systems and applications which will profoundly impact society. The current deep learning based AI systems are mostly in black box form and are often non-explainable. Though it has high performance, it is also known to make occasional fatal mistakes. This has limited the applications of AI, especially in mission critical applications.

In this talk, I will present the current state-of-the arts in explainable AI, which holds promise to helping humans better understand and interpret the decisions made by the black-box AI models. This is followed by our preliminary research on explainable recommendation, relation inference in videos, as well as wellness applications. The talk will focus on leveraging prior domain knowledge, information theoretic principles, and adversarial algorithms to achieving explainable framework. Further, it will discuss future research towards quality, fairness and robustness of explainable AI, and suggest approaches to move forward for media research and applications. As the topic is broad and evolving, this talk will evoke more questions than answers.

Bio: Dr Chua is the KITHCT Chair Professor at the School of Computing, National University of Singapore (NUS). He is also the Distinguished Visiting Professor of Tsinghua University. Dr Chua was the Founding Dean of the School of Computing from 1998-2000. His main research interests include unstructured data analytics, multimedia information retrieval, recommendation and conversation systems, and the emerging applications in E-commerce, wellness and Fintech. Dr Chua is the co-Director of NExT, a joint research Center between NUS and Tsinghua, focusing on Extreme Search. Dr Chua is the recipient of the 2015 ACM SIGMM Achievements Award for the Outstanding Technical Contributions to Multimedia Computing, Communications and Applications. He is the Chair of steering committee of ACM International Conference on Multimedia Retrieval (ICMR) and Multimedia Modeling (MMM) conference series. He was the General Co-Chair of ACM Multimedia 2005, ACM CIVR (now ACM ICMR) 2005, ACM SIGIR 2008, and ACM Web Science 2015. He serves in the editorial boards of three international journals. Dr. Chua is the co-Founder of two technology startup companies in Singapore. He holds a PhD from the University of Leeds, UK.

Plenary Talk: Bio-inspired robotics and its application to rescue and recovery 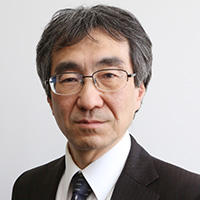 Abstract: Our laboratory has been engaged in two broad and connected areas of research that relate to human surroundings: “bio-inspired robotics” and “rescue robotics.” Living creatures have survived and been optimized by natural selection. An understanding of the functions of living things is very useful in creating new artificial robots. In our lab, we are interested in analyzing the beautiful skills and behaviors of living things, and we are trying to find solutions to the following questions, among others: Why can living snakes move without legs? Why do quadrupeds change their gait patterns (for example, walk, trot, gallop) depending on their speed of movement? What is the mechanism of the flocking behaviors of birds and fish? How can small ants build a big anthill? Why can human beings walk with two legs? Based on our understanding of these phenomena, we can apply our knowledge to create robots to solve industrial problems.

We believe that rescue robot systems are another important application of robotic technology. During my time as an employee at Kobe University, one of my masters’ student, Mr. Motohiro Kisoi, was killed in the Great Hanshin-Awaji Earthquake on January 17, 1995. Since this tragic event, I have been putting my heart into the development of useful rescue robot systems and rescue engineering. When the Great East Japan Earthquake occurred in 2011, we dispatched and utilized the rescue robots KOHGA3 to inspect damaged buildings in Hachinohe and Aomori, and we dispatched underwater robots to search for bodies in Minamisanriku, Miyagi, and Rikuzentakata,Iwate. My dream is to establish an international rescue robot team, like the popular TV show Thunderbirds, using advanced robotic technologies. If we can dispatch rescue robots from Japan to disaster sites everywhere in the world for disaster response and recovery, it will be a strong contribution to the world. In this keynote speech I would like to introduce our research activities.

Bio: Fumitoshi Matsuno received the Dr. Eng. degree from Osaka University in 1986. In 1986 he joined the Department of Control Engineering, Osaka University. He became a Lecturer in 1991 and an Associate Professor in 1992, in the Department of Systems Engineering, Kobe University. In 1996 he joined the Department of Computational Intelligence and Systems Science, Interdisciplinary Graduate School of Science and Engineering, Tokyo Institute of Technology as an Associate Professor. In 2003 he became a Professor in the Department of Mechanical Engineering and Intelligent Systems, University of Electro-Communications, Tokyo. Since 2009, he has been a Professor in the Department of Mechanical Engineering and Science, Kyoto University. He holds also posts of the Vice-President of the Robotics Society of Japan, Institute of Systems, Control and Information Engineers (ISCIE) and the Vice-President of NPO International Rescue System Institute (IRS). His current research interests lie in robotics, swarm intelligence, control of distributed parameter system and nonlinear system, and rescue support system in disaster. Dr. Matsuno received many awards including the Outstanding Paper Award in 2001, 2006 and 2017, Takeda Memorial Prize and Tomoda Memorial Prize in 2001 and 2017 from the Society of Instrument and Control Engineers (SICE), the Prize for Academic Achievement from Japan Society of Mechanical Engineers (JSME) in 2009, the Best Paper Award in 2013 from Information Processing Society of Japan, and the Best Paper Award in 2018 from RSJ. He is a Fellow member of the SICE, the JSME, the RSJ and a member of the IEEE among other organizations. He served as a president of ISCIE, a co-chair of IEEE RAS Technical Committee on Safety, Security, and Rescue Robotics (SSRR), an Editor-in-Chief of Journal of RSJ, an Editor of Journal of Intelligent and Robotic Systems, a chair of Steering Committee of SICE Annual Conference, a General Chair of IEEE SSRR2011 and IEEE/SICE SII2011, SWARM2015 etc. He is an Editor of Journal of Robotics, International Journal of Control, Automation, and Systems (IJCAS), and Journal of Artificial Life and Robotics etc.

Plenary Talk: Re-definition of the SI unit for thermodynamic temperature, the kelvin, and recent progress of temperature standard 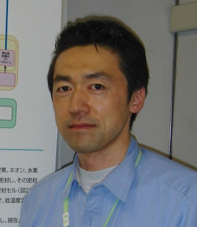 Abstract: The unit of thermodynamic temperature in the International System of Units (SI) is the kelvin (\(K\)), which is one of the seven basic units of the SI: The other six basic units are the meter (\(m\)), the kilogram (\(kg\)), the second (\(s\)), the ampere (\(A\)), the candela (\(cd\)), and the mole (\(mol\)). The re-definition of the kilogram, the ampere, the kelvin and the mole was agreed at the 26th CGPM held in November 2018 and implemented on May 20 in 2019. As a result of the re-definition, all SI units are defined in terms of physical constants.

The new definition of the kelvin is as follows:

Bio: Tohru Nakano received the Dr. Physics degree from Hokkaido University in 1996. In 1999, he joined Thermometry Section, National Research Laboratory of Metrology, which was integrated into AIST in 2001. Since 2016 he has been a group leader of Thermometry Research Group, National Metrology Institute of Japan (NMIJ), AIST. He also belongs to Planning & Executive Committee of the XXIII World Congress of IMEKO, which will be hosted by SICE and held from August 30 to September 3, 2021 in Yokohama. He received an Industry-Academia-Government Collaboration Special Award of 31th Award for Excellent New Technology and New Products for SMEs in 2019. He is interested in development of the temperature standard and temperature measurement technologies for industry and science.
Back to Top